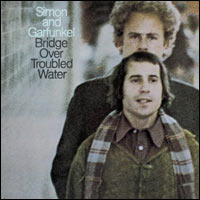 One of the more disposable tracks from Simon & Garfunkel’s classic 1970 album Bridge Over Troubled Water, ‘Why Don’t You Write Me’ falls on Side Two after the excellent trio of ‘The Boxer,’ ‘Baby Driver’ and ‘The Only Living Boy in New York.’

An early Paul Simon experiment with reggae that hinted at his future exploration of world music, this track has mistakenly been lumped in with ‘The Only Living Boy in New York’ as a reference to Art Garfunkel leaving for Mexico to film Catch-22 during the beginning stages of the album.

Instead, according to one biography, the song was about a physical separation between Simon and his wife.

Olivia Newton-John recorded a version of this song on her sophomore album, Olivia.

[Verse 3]
Why don’t you write me
A letter would brighten
My loneliest evening
Mail it today
If it’s only to say
That you’re leaving me
(La, la, la)