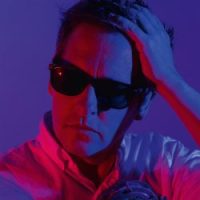 Josh Rouse became one of my very favorite artists based on his work in the 2000s, specifically his run of albums between 2002 and 2006 (Under Cold Blue Stars, 1972, Nashville and Subtitulo).

His 2010s didn’t live up to that remarkable stretch, seeing him release a Spanish-language album and a side project before a couple of better-than-decent studio efforts.

But in 2018, Rouse dropped an unexpected collection featuring his best work in years. Love in the Modern Age is an 80s-influenced, synth-drenched album that sounds unlike any of his previous work but has the same sweet melodies and plaintive vocals that highlight his great earlier albums.

This album also holds a special place for me because it was on this tour that my family and I finally saw Rouse live.