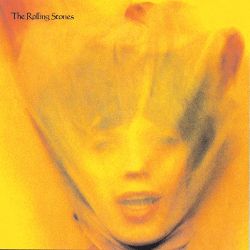 I’ve spent a fair amount of time with The Rolling Stones’ catalog, after coming to them a little late in my musical life. I know seven or eight of their albums very well, including the half-dozen classics they released between 1966 and 1972.

Somehow, though, I never got around to 1973’s Goats Head Soup. Maybe that’s because, as the follow-up to Exile on Main St. and the start of a half-decade period considered their first creative slump, it just doesn’t have the cachet of the rest of their work.

But my first listen reveals this to be a more than worthwhile Stones album. In addition to the hits ‘Angie’ and ‘Doo Doo Doo Doo Doo (Heartbreaker),’ the collection boasts a few strong rockers and even more resonant ballads. It’s a much sleeker package than its grungy predecessor but still sounds organic.

The album was recorded in Jamaica, in part because Keith Richards had been kicked out of every other country they visited.

Lead single ‘Angie’ became an unexpected hit, giving the Stones their seventh #1 in the U.S. The song was alternately believed to be about David Bowie’s wife or Richards’ unborn daughter, but apparently the name was chosen at random because it sounded good.

[Verse 2]
Oh, Angie, don’t you weep
All your kisses still taste sweet
I hate that sadness in your eyes
But Angie, Angie
Ain’t it time we said goodbye? Yeah

[Verse 3]
With no loving in our souls
And no money in our coats
You can’t say were satisfied
But Angie, I still love you, baby
Everywhere I look, I see your eyes
There ain’t a woman that comes close to you
Come on, baby, dry your eyes
But Angie, Angie
Ain’t it good to be alive?
Angie, Angie
They can’t say we never tried