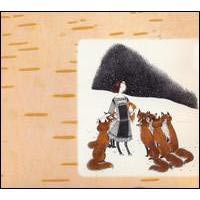 This is the final track on Neko Case’s 2006 album Fox Confessor Brings the Flood, one of the very best albums of that year and, really, that whole decade.

Fox Confessor was my first exposure to Case and it remains the best thing she’s ever done. The album became a family favorite, especially beloved by my then 4-year-old daughter. She still plays it today at 16.

I adore the sound of this song but I have no clue about its meaning. It has references to Spanaway, a city near Case’s hometown of Tacoma, Washington, and a nearby Air Force base, but what’s the deal with the eagle and the sharp-toothed freighter?

At any rate, it’s beautiful and moving.

And the needle touched down
The needle has landed