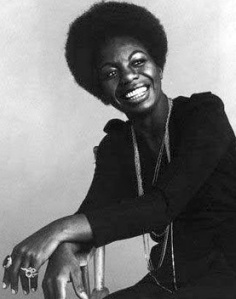 ‘I Put a Spell On You’ was written and originally recorded by Screamin’ Jay Hawkins in 1956.

Nine years later, Nina Simone recorded her version and had a minor hit on the R&B charts with it. The song was the lead-off track on an album also titled I Put a Spell On You — an album notable for also including the classic ‘Feeling Good.’

Hope you enjoyed this week of Nina Simone tunes. Thank you to my father for the suggestion. This brief glimpse has convinced me that I should pay a lot more attention to this extraordinary woman and her music.

I put a spell on you
‘Cause you’re mine