The year in movies has thus far been rather disappointing. Apart from a trio of solid comic book movies (The Avengers, The Amazing Spider-Man and The Dark Knight Rises) and Wes Anderson’s Moonrise Kingdom, I hadn’t had a really memorable experience at the movies through the first nine months of 2012.

But I’m hopeful that things are about to change.

Last weekend I saw Paul Thomas Anderson’s latest, The Master (more below), and it was preceded by seven trailers — yes, seven! — all of which were at least mildly promising. I can’t remember the last time that happened.

Here are the eleven upcoming movies I’m most anticipating (in order of my excitement):

1. Argo: Ben Affleck went from being an underrated, much-maligned actor and tabloid fixture to one of the most exciting directors working today. Gone Baby Gone and The Town are the sort of exciting, smart, adult dramas that you can watch a dozen times without getting bored, and the trailers for Argo make it look like his best yet.

2. Silver Linings Playbook: A romantic dark comedy starring Bradley Cooper, Jennifer Lawrence and Robert DeNiro and directed by David O. Russell, who has a knack for material like this. The word after a couple of strong festival showings is that this is one of the best films of the year. I hope so.

3. Django Unchained: Quentin Tarantino’s Inglourious Basterds was a fabulous return to form, and this tale of slave revenge (starring Jamie Foxx and Leonardo DiCaprio) seems to be cut from the same cloth. Tarantino never leaves his comfort zone, and his movies are about an inch deep, but he does his thing so well that I can’t complain.

4. This is 40: Judd Apatow revisits the Knocked Up couple played by Paul Rudd and Leslie Mann as they reach their 40th birthdays. The timing of this film is perfect, as my wife and I are both turning 40 just weeks after its release. I suspect a lot of this movie will ring hilariously, painfully true.

5. Les Miserables: I’ve never seen this musical onstage but I listened to the cast recording a bunch when I was in high school and really liked it. The epic story is ripe for a proper onscreen interpretation, and Anne Hathaway, Hugh Jackman and Russell Crowe appear perfectly cast. Tom Hooper, who landed and Oscar for The King’s Speech, could get a second shot at the prize.

6. Looper: I’m a sucker for a good time travel story, and this one looks like a blast. The terrific Joseph Gordon Levitt and Bruce Willis play younger and older versions of the same character put on a collision course. Writer/director Rian Johnson gave Levitt his first starring role in 2005’s Brick and has directed two excellent episodes of Breaking Bad. I’d like to see him score a hit with this one. 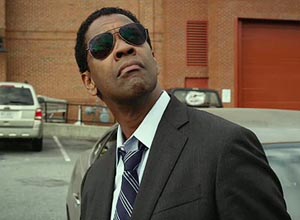 7. Flight: It’s nice to see Robert Zemeckis directing real actors rather than glassy-eyed motion capture mannequins. The trailer for this drama — starring Denzel Washington, Don Cheadle and John Goodman — is so good I always wish I was watching this instead of whatever movie I’m about to see.

8. Lincoln: Will Daniel Day Lewis (arguably the best actor alive) win another Oscar? I wouldn’t bet against it, especially given the Academy’s love of historic impersonations. He’ll likely deserve it, too. This could be another Amistad, but I think the combination of Steven Spielberg and Day Lewis will make it special.

9. Zero Dark Thirty: Director Kathryn Bigelow promises to bring the same urgency and realism to this account of the death of Bin Laden that she did to her Oscar-winning Hurt Locker. Should be extremely tense, even though we know how it ends.

10. Anna Karenina: Joseph Wright has a way with period adaptations starring Keira Knightley. His Pride & Prejudice remains one of my favorite films, and Atonement, though flawed, was a powerful artistic achievement. This film promises to be his most challenging yet (the whole thing is apparently set on a theater stage), and I’m curious to see if he pulls it off.

11. Skyfall: I was going to list only ten films, but I didn’t feel right leaving off the latest installment of the Bond franchise. Quantum of Solace didn’t live up to the excellence of Casino Royale, but perhaps unlikely director Sam Mendes will deliver the goods with this chapter.

As for The Master, it is further proof that Paul Thomas Anderson is the best director of his generation, and the heir to the greats of the 70s.

At a time when television has eclipsed the movies as the place to go for compelling, character-driven dramas, Anderson is a refreshing holdout. His command of the camera and his use of sound, music and lighting is simply breathtaking. He is truly a cinematic artist.

I went into this film a little sleepy and was worried that 2-plus hours of a dialogue-driven film might be a slog. Boy, was I wrong. Several lengthy scenes between Philip Seymour Hoffman and Joaquin Phoenix are as captivating as any action sequence — literally breathtaking. These two, along with the always-great Amy Adams, put on an acting showcase that will surely be recognized come award season.

I’ve read a lot of commentary of the film that suggests it has to be seen more than once in order to “get” it, or that it’s confusingly vague. I’m baffled by those reactions. I suppose it isn’t strictly conventional, but I read it as a love story, of sorts, between two deeply flawed men, and an exploration of the ways we deceive ourselves and others.

So far, The Master is 2012’s movie to beat. Maybe one of the titles above — or something I don’t even see coming — will overtake it. I’ll let you know in a few months.

4 thoughts on “Finally, some movies I actually want to see!”