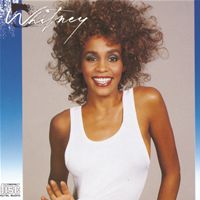 Like The Doobie Brothers, Whitney Houston earned entrance into the Rock & Roll Hall of Fame the first time she was nominated. In her case, that nomination came ten years after her initial eligibility in 2010.

Had she made it in back then she would have been alive to see it happen, but Houston drowned in a bathtub two years later while under the influence of several drugs. She died the night before that year’s Grammy awards, turning that celebration into a solemn affair (shades of Kobe Bryant’s pre-Grammys passing this year).

END_OF_DOCUMENT_TOKEN_TO_BE_REPLACED

This is not my belated Whitney Houston eulogy. I was unmoved by her passing, as I tend to be by the passing of celebrities.

I believe the last celebrity death that had a real impact on me was Kurt Vonnegut’s, and he was old enough and unhealthy enough that it didn’t come as a major shock. Houston’s death wasn’t much of a shock, either — as with the passing of Amy Winehouse, my first thought upon hearing the news was, “and she seemed so well put-together.”