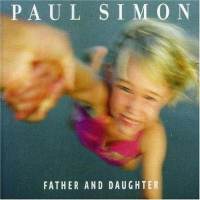 When I wrote yesterday that I never revisit Paul Simon’s Surprise, I left out one major exception.

‘Father and Daughter,’ the album’s closing track, first turned up on the soundtrack to The Wild Thornberrys Movie before finding a home on Simon’s own album. I suspect he considered it too good a song to relegate to a soundtrack album from a little-seen kids films.

END_OF_DOCUMENT_TOKEN_TO_BE_REPLACED 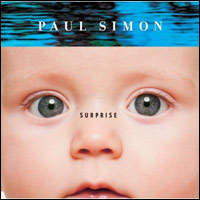 Paul Simon waited six years between You’re the One and his next studio release, 2006’s Surprise.

But he wasn’t slacking off. In 2003, Simon reunited with Garfunkel for a memorable performance of ‘The Sounds of Silence’ at the Grammys. That appearance led to a reunion tour that spanned two years and included runs in the U.S. and Europe. The duo would go on to perform together several more times over the next seven years.

END_OF_DOCUMENT_TOKEN_TO_BE_REPLACED

Following You’re the One, Paul Simon took a break from recording almost as long as the one after The Rhythm of the Saints. Finally, in 2006, he released Surprise.

The album lived up to its name. Produced by Brian Eno, it marked Simon’s first foray into electronica. Now, I’m not saying Paul Simon put out a club album, but it’s a far cry from the organic rhythms of his world music crossover albums. I haven’t warmed to this album the way I have to Simon’s others, maybe because of that stylistic shift.