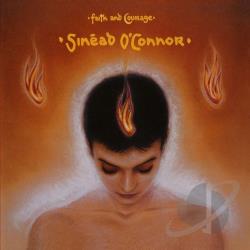 When today’s song popped up as my next random selection, I was shocked to discover I hadn’t written about it already. It’s one of my favorite tracks on a really great album by an artist I’ve featured fairly often.

‘Daddy I’m Fine’ appears on Sinead O’Connor’s 2000 album Faith and Courage, her fifth and quite possibly her best. It’s a quick and clever piece of autobiography with half-spoken choruses building to a thrashing chorus.

END_OF_DOCUMENT_TOKEN_TO_BE_REPLACED

Stepping into the ring for the next Montauk Madness battle are a couple of iconic figures from across the pond. Sting (but not The Police) vs. Sinead O’Connor.

Neither of these artists is a slam dunk favorite of mine, but both have put out music I absolutely adore. And both have trailed off later in their careers, making this more of a nostalgia pick.

END_OF_DOCUMENT_TOKEN_TO_BE_REPLACED 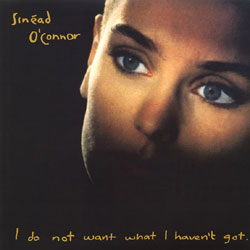 My second favorite album of 1990 is Sinead O’Connor’s sophomore release, the worldwide smash I Do Not Want What I Haven’t Got. This was O’Connor’s second album, following the fierce The Lion and the Cobra, but the first impression many of us had of this remarkable talent.

Who can forget that impossibly beautiful porcelain face and bald head singing ‘Nothing Compares 2 U’ against a black background on MTV?

END_OF_DOCUMENT_TOKEN_TO_BE_REPLACED 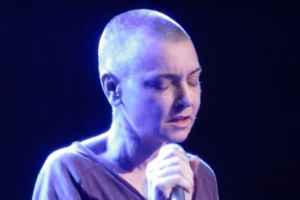 I’m leaping ahead nearly 25 years to wrap up my week of live Sinead O’Connor performances. This one was recorded just weeks ago, during a concert by David Bowie cover band Sons of the Silent Age.

As a tribute to the late icon, O’Connor sang my favorite Bowie song, ‘Life On Mars.’ At 49, she’s a lot more tattooed but still bald and beautiful, and she still (mostly) has that voice.

END_OF_DOCUMENT_TOKEN_TO_BE_REPLACED 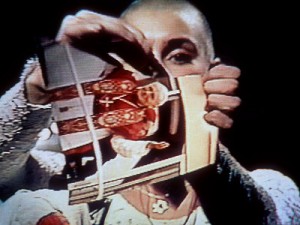 In late ’92, Sinead O’Connor performed her most controversial act, performing an a capella version of Bob Marley’s ‘War’ on Saturday Night Live, tying the lyrics to sex abuse in the Catholic Church, and finishing by tearing up a picture of the Pope.

That didn’t go over very well.

SNL was caught by surprise, as O’Connor has shown another picture (of a refugee child) during rehearsals. The network fielded hundreds of complaints and O’Connor became a target for politicians, religious figures and celebrities alike.