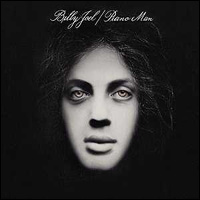 If you’re a Billy Joel fan, as I am, you find gems no matter where in his catalog you go. OK, maybe his last couple of albums were a bit thin on great material, but prior to the mid-80s, he was firing on all cylinders.

Take today’s SOTD, a cut from the second half of Piano Man, Joel’s 1973 sophomore album and his commercial breakthrough. ‘Stop in Nevada’ is a great song in the same country rock vein as much of the record. Casual Joel fans have probably never heard it. But if you know and love the man, this is one more solid song in a sea of them.

END_OF_DOCUMENT_TOKEN_TO_BE_REPLACED

As I mentioned in a Dolly Parton anthology post two weeks back, a TV show is in the works that dramatizes the songs of Billy Joel. This week I’ll feature five Joel songs I’d like to see converted.

‘The Ballad of Billy the Kid’ is a western epic from Joel’s sophomore album, 1973’s Piano Man. That album’s title song is the most obvious candidate for a TV version (I won’t be surprised if it lends its title to the whole series) but I’m trying to stay away from the popular picks (sorry, Anthony, you won’t be movin’ out this week!).

END_OF_DOCUMENT_TOKEN_TO_BE_REPLACED

Yesterday I covered the seventh studio album by Elton John, one of the great piano rockers of our time. Today I’ll focus on the sophomore album by another of them, Billy Joel.

Piano Man was inspired by John’s Tumbleweed Connection, in its use of Western themes and country-fueled character sketches (including a literal ‘Ballad of Billy the Kid’). The album’s classic title track offers up a bar full of memorable characters, enough to stock a decent NetFlix series.

END_OF_DOCUMENT_TOKEN_TO_BE_REPLACED

I’ve featured Billy Joel’s ‘Piano Man’ on the blog before, in its studio version, but I wanted to tell a little story about it so I dug up this nice 1975 live version on YouTube.

‘Piano Man’ has the honor of being the song I most misunderstood as a kid.

END_OF_DOCUMENT_TOKEN_TO_BE_REPLACED 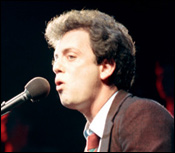 Billy Joel is another strand in the ‘Piano Men (And Women)’ segment of my personal musical genome. That’s fitting, considering he gave it its name. And I didn’t feel right selecting any other song to represent him.

Joel doesn’t bridge any of my other categories in a meaningful way. Apart from the cinematic intro to ‘The Ballad of Billy the Kid,’ he’s never dabbled in country. His experiments with doo-wop and 50s pop on An Innocent Man aren’t exactly what I have in mind for my ‘Pure Pop’ category. And his street-smart style in no way derives from folk rock.

END_OF_DOCUMENT_TOKEN_TO_BE_REPLACED

Join 151 other followers
Meet Me In Montauk
Loading Comments...