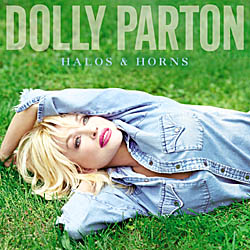 Another episide of the upcoming Dolly Parton anthology series, ‘These Old Bones,’ stars Kathleen Turner as an old fortune teller who meets her long-lost daughter (spoiler!).

This song has Dolly switching roles between the old crone and the young girl, giving the former a creaky voice that shows off her acting chops but doesn’t go down so easy in song form. It’ll be interesting to see what Turner does with the role.

I just read in Entertainment Weekly that Billy Joel is working on an anthology series based off of his work, which has given me an idea. In a future week, I’ll post five Billy Joel songs that I think will make for great TV. And to make it interesting, I’ll try to stay away from the obvious candidates (sorry, Brenda and Eddie!).

[Verse 1]
Oh, she lived up on the mountain
Eleven miles or so from town
With a one-eyed cat named Wink
A billy goat and a blue tick hound
Her graying hair was braided
And wrapped around her head
And her dress was long and faded
And her home a rusty shed

In a little pouch of burlap
Tied with a piece of twine
There were bones all shapes and sizes
Gathered through the course of time
She’d throw them out before you
She swore that she could see
The present, past, and future
She could read your destiny

Everybody knew about her
Came to get their fortune read
Concerning health and wealth and power
Who to love and when to wed
“Well, I just like helping people
I’m just glad that I could help
Why, I know everybody’s secrets
But I keep it to myself”

[Verse 2]
Some called her a witchy woman
Some said she was insane
Some said she was a prophet
Still everybody came
“Just because a body’s different
Well, that don’t make them mad
Well, they’ve crucified a many
For the special gifts they’ve had”

I had often heard about her
Dreamed about her now and then
For I, too, was clairvoyant
Came about when I was ten
I was fascinated with her
And the things I’d heard about
And I knew some day I’d meet her
And one day it came about

“Well, I knowed that you’s a-comin’
I could feel it in my bones
These old bones have also told me
That I won’t be here for long
Did you know that you got adopted?
Did you know you once’t was mine?
But the county took you from me
Said I wasn’t right in mind”

“But I just knowed I had to see you
‘Fore these bones was laid to rest
So I conjured up a message
It musta worked, I guess
This gift runs in the family
I know you also know
And I passed this gift on to you
These old bones, they’re just for show”

[Verse 3]
I held her hand while she was dying
And with the funeral through
I headed on back up the mountain
For Billy, Wink and Blue
And that little pouch of burlap
With those bones so worn and old
She give me something special
Now every time I throw

[Verse 4]
“Now I can’t tell you what you want to hear
I just tell you what I see
It’s these old bones talking
Blame it on them; don’t pack it on me
It’s just like that time that there boy died
Up at the sawmill
Well, I know’d who done it, but I never said
And I know’d when somebody is a cheating
Or when somebody’s baby was going to be born dead
But unless somebody just plain out and asked me
Well, I just figured there is no point going around acting like you know everything, just because you might
Ah, you know girl I want you to take these bones
Because I don’t want no young of mine going around unprepared
You just remember that the magic is inside you
There is no crystal ball”