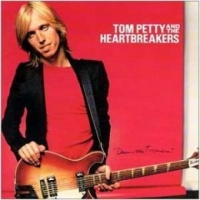 On the final day of my Tom Petty tribute week, I reveal my favorite of his albums.

This was the band’s third album and the first where they sound like they have truly mastered their craft. Songwriting, performance and production come together in way that makes Damn the Torpedoes not just the best Tom Petty album but one of the best rock albums of all-time, period.

Only two songs from this record made it to Billboard’s Top 20 (‘Refugee’ and ‘Don’t Do Me Like That’) but every track sounds like a hit. ‘Even the Losers,’ ‘Here Comes My Girl’ and ‘What Are You Doing in My Life?’ are all chart-toppers in my book, even if they don’t have the hardware to prove it. And lesser-known tracks ‘You Tell Me,’ ‘Shadow of a Doubt’ and especially the closing Southern ballad ‘Louisiana Rain’ are all wonderful.

Best of all, with its snippets of studio banter and instrumental tinkering between tracks, and the devilish abandon of Petty’s vocals, Mike Campbell’s guitars, Benmont Tench’s keyboards, Ron Blair’s bass and Stan Lynch’s drums, Damn the Torpedoes sounds like an album being made up as it goes along by a group of friends supremely confident that they’re achieving greatness.

They were, and they would again and again.

We’ll miss the man, but thank god we still have the music.

It was nearly summer, we sat on your roof
Yeah, we smoked cigarettes and we stared at the moon
I showed you stars you never could see
It couldn’t been that easy to forget about me

Time meant nothing, anything seemed real
Yeah, you kissed like fire and you made me feel
Like every word you said was meant to be
It couldn’t been that easy to forget about me

Two cars park on the overpass, rocks hit the water like broken glass
I shoulda’ known right then it was too good to last
God, it’s such a drag to have to live in the past