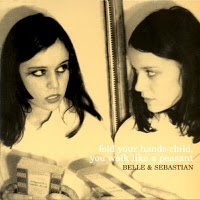 This week I’ll feature my 1,000th Song of the Day. That’s 1,000 consecutive days of blogging… haven’t missed a single one. Even if the content was crap, I’d be proud of the consistency.

A few people have asked me if my 1,000th song will be my last. I’ll be honest, I’ve considered it. At times writing this blog has been like entering the numbers must have been for Desmond in Lost. It’s something I have to do, even when I don’t want to.

But most of the time I do want to. Most of the time I get a lot out of it: a good debate, a chance to share something that means a lot to me, the opportunity to flex the writing muscles that might have atrophied long ago without this outlet.

Once that was determined, I had to decide what sort of songs to feature this week. Should I post songs with “thousand” in the title (conveniently, I have five of them in my iTunes library)? Should I mirror the artists featured in week one? Should I go the Glee route and write and record my own songs?

Ultimately I decided not to do anything special. This week I’m featuring five excellent songs, period. No unifying theme, no quest for deeper meaning. Just five songs. That’s what the blog’s about, isn’t it?

First up is ‘The Model,’ from Belle & Sebastian’s 2000 album Fold Your Hands Child, You Walk Like a Peasant. That’s one of their weaker albums overall, but this is the best thing on it, and one of my favorites of theirs.

You’re not impressed by me
But it’s a funny way for you to tell me
A whisper in a choir stall
The man was talking about you simultaneously
Frankly, I let my heavy eyelids flutter
Because I have been sleeping badly lately
I know you were historical from all the books I’ve read
But I thought you could be bluffing
And with this chance I’ve missed I feel remiss
It’s days and months before I see you again