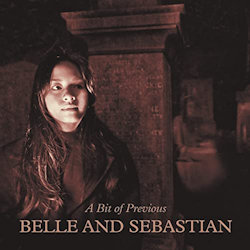 Not too long ago, a new Belle and Sebastian album would have been cause for a massive celebration in these parts. I’ve counted the Scottish indie band among my very favorites since I first heard their music in the late 90s.

I was thrilled by all of the band’s (non-soundtrack) studio releases through 2015, when Girls in Peacetime Want to Dance dropped and continued their run of smart, sensitive baroque pop.

Since then, B&S has released a soundtrack album (Days of the Bagnold Summer) and a new collection, out this month, titled A Bit of Previous. And I’m sorry to report that both albums left me cold. I don’t hear any of the lyrical wit or musical ingenuity that drew me to the rest of their catalog.

Is Belle and Sebastian falling into the group of artists whose work no longer grabs me the way it once did? I’ve had a similar reaction to the latest releases by Elvis Costello, Aimee Mann, David Byrne, Counting Crows, Eminem, and Lucinda Williams, to name a half dozen acts I’ve loved for years.

I don’t know if the music has changed or if I have, but in all of those cases it felt strange to be so uninspired. And it feels that way again listening to the new Belle and Sebastian.

Today’s track, the album’s opener, is the only one that feels anything like the music of theirs I love, and it’s still a far cry from the best of it. Time will tell if this is an aberration or if I’ve moved into a phase where I’m a huge fan of only their older material.

[Outro]
You know I keep reminding myself that nothing matters
Nothing matters
You know sometimes you have a fight with someone
Or you get frustrated or-
You know something it’s happening and then you catch a little glimpse of the outside
And I don’t know, it’s just a bird flying or you see a funny shape in the clouds
And you think ‘what am I doing?’
You know, I’m so small, nothing- nothing matters
So whatever