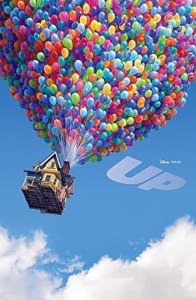 But on this rewatch, I was struck by how much the film threads the emotion of those opening minutes throughout. Carl’s loneliness is palpable in every frame. When the film dives headlong into magical realism, and Carl turns his marital home into a balloon-powered dirigible — which he later ties to his waist and drags across a mountain — the metaphorical weight of his loss is breathtaking.

The conclusion of the story — in which Carl returns to the book of adventures he believes he and Ellie never got to fill, only to realize their life together was the adventure — is as devastating as its opening. Maybe it’s because I’m married twice as long now as when I first saw the movie, but it blew me away.

I’m leaving out Randall the earnest Wilderness Explorer, Kevin the bird, and Dug the talking dog, all of whom bring heart and whimsy to the film’s middle section. Those subplots work just fine, but they aren’t the reason this movie made it into my top five.