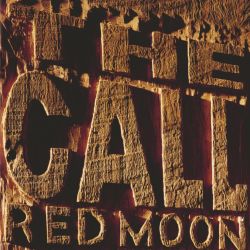 Now we arrive at the song that started me down this theme week on The Call.

The 1990 album Red Moon was the band’s final release before a 7-year hiatus, and marked a shift into Americana. I don’t remember how I stumbled across this album — maybe I heard it playing in a record store — but I responded to the sound, Been’s vocals, and the evocative lyrics. It’s funny how it faded from my memory so completely all these years later, but once my sister sent me the song title and I tracked it down, the whole thing came flooding back.

I’m happy to have rediscovered this song and this band, and newly discovered some of the great music they put out in the 80s.

The Call released one more studio album, 1997’s To Heaven and Back, and a live recording in 2000.

Michael Been died of a heart attack backstage at a concert in Belgium while working as an engineer for his son’s band. He was 60 years old.

It’s a quiet night by a still lake
The child falls, the bough breaks
Trust fails, play ends
Faith is born and the work begins
Dawn breaks in a strange world
Of violent men and painted girls
Love comes, love goes
And the world goes by

I’ve seen lows, I’ve seen highs
I’ve seen days when I had to cry
The light fades and the night comes
The streets are dark and dangerous
I dream of an old friend
Of quiet talks that never end
Love comes, Love goes
And the world goes by

There’s an old man on his last legs
Calls his children to his bed
He reaches out to empty space
A smile comes to that gentle face
I dream of a new world
Where vows are made, where a cry is heard
Love dies, love grows
And the world goes by
A warm wind and a red moon
And the world goes by