Paul Simon’s tenth solo studio album, You’re the One, was released in 2000 to general acclaim, especially coming off the disastrous Broadway run of The Capeman three years earlier.

I haven’t listened to this album much since the early 2000s, but perusing its track list now I’m reminded how good it is. ‘The Teacher’ is a song I’d forgotten about entirely, but it’s quite exotic and lovely. END_OF_DOCUMENT_TOKEN_TO_BE_REPLACED

I understand why four of the five songs I’m featuring this week have risen to the top of the stats.

Childish Gambino is a new enough artist that the Web probably isn’t inundated with mentions of him. The Dar Williams track was otherwise unavailable on YouTube. Lyle Lovett’s ‘The Road to Ensenada’ is a mysterious career standout. And tomorrow’s track, my most-viewed, has a very specific lyric that has been Googled repeatedly.

But Paul Simon’s ‘Darling Lorraine‘ — I don’t really get this one.

END_OF_DOCUMENT_TOKEN_TO_BE_REPLACED 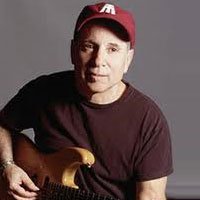 In yesterday’s post, I described the second half of Paul Simon’s You’re the One as “sleepy” and it’s true that it is more languid and less accessible than the album’s first half.

But sometimes it’s those slow-growers that wind up having the most impact in the long run. Such is the case with a lovely song titled ‘Señorita With a Necklace of Tears.’

END_OF_DOCUMENT_TOKEN_TO_BE_REPLACED 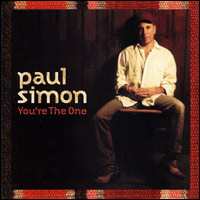 Three years after the Capeman debacle, Paul Simon released his first proper studio album in ten years, 2000’s You’re the One. This album is easily overlooked when considering the span of Simon’s career but every time I revisit it, I’m reminded how strong it is.

Frequent commenter Dana hit the nail on the head in describing this album the last time I featured it. He said it is reminiscent of Hearts and Bones but without matching that album’s highest points, and that the first half of the record is extremely good with the second half a bit on the sleepy side.

END_OF_DOCUMENT_TOKEN_TO_BE_REPLACED

After the Capeman disaster, Simon retreated to lick his wounds and three years later came back with 2000’s You’re the One. The album fared far better, both critically and commercially, and was nominated for the Album of the Year Grammy (making Simon the first artist to earn that nomination in five consecutive decades).

I haven’t given this album a whole lot of attention over the years, but in listening to it to prepare for this blog entry, I was impressed by how good it is. For some reason the long break after The Rhythm of the Saints and the hit-or-miss quality of Songs From The Capeman kind of put Simon on a back burner for me. And while this album is far from the equal of his best work, I probably haven’t given it the credit it deserves.