Aimee Mann’s latest album came out a week ago today (though it hasn’t yet been released as I write this). Queens of the Summer Hotel is an interesting project, a batch of songs written for a planned stage musical based on the 1993 memoir Girl, Interrupted by Susannah Kaysen.

The book, about the author’s experiences as a young woman in a psychiatric hospital, seems like a weird fit for a musical. A 1999 film adaptation worked well enough, winning strong reviews for star Winona Ryder and an Oscar for co-star Angelina Jolie. But setting such dark and unsettling material to music? I don’t know.

END_OF_DOCUMENT_TOKEN_TO_BE_REPLACED

Boogie Nights bought Paul Thomas Anderson enough creative capital to do whatever the hell he wanted on his next film, and he spent every penny of it. He delivered 1999’s Magnolia, a 3+ hour melodrama that follows a dozen main characters and culminates in a rain of frogs.

This is a glorious, full-hearted mess of a movie. It could easily lose 20-30 minutes (something Anderson himself now admits) and yet its grand ambition is one of its greatest charms. And as a time capsule of Anderson’s early development as an auteur, I’m glad it exists in its fascinating, imperfect original form.

END_OF_DOCUMENT_TOKEN_TO_BE_REPLACED

My #2 album of 1993 is Aimee Mann’s solo debut, Whatever. This record followed a five year absence from recording for Mann as she battled legal issues with the label of her former band Til Tuesday.

Mann recorded three albums with Til Tuesday in the mid to late 80s, the best of which is 1988’s Everything’s Different Now. The band broke up after that release, largely because Mann wanted to take her music in a more acoustic, less New Wave, direction.

END_OF_DOCUMENT_TOKEN_TO_BE_REPLACED 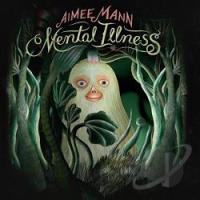 Aimee Mann did not have a very productive decade. She released Charmer in 2012, then a record paired up with alt-rocker Ted Leo in 2014, before wrapping things up with Mental Illness in 2017.

I can complain about the frequency, but not the content, especially Mental Illness, which ranks among the best releases of her career.

END_OF_DOCUMENT_TOKEN_TO_BE_REPLACED

In one of those moments of sublime serendipity, the Random iTunes Fairy has offered up an Aimee Mann track exactly one week after the last random Aimee Mann track. You won’t hear me complaining.

In fact, back before Random Weekends, when I dedicated weekend posts to specific artists (The Beatles, Bob Dylan and Elvis Costello, among others), Aimee Mann was one of the artists I considered. At the time I was looking for artists with voluminous discographies and hers was a little on the lean side, but she easily could have carried several months’ worth of posts.