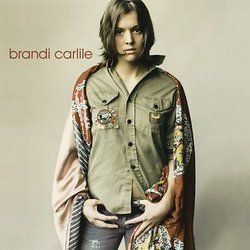 Since I finished my Joni Mitchell series, I’ve been itching to jump into another artist deep dive. I enjoyed navigating the highs and lows of a storied career, and discovering new songs along the way.

I settled on Jackson Browne as my next featured artist. Over 42 years he has released 14 studio albums, most of which I don’t know. That’s three solid weeks of material to cover, and no doubt a treasure trove of great songs I don’t yet know.

I also know a Jackson Browne series will please frequent commenter Dana, who for years has asked for more of Browne’s music on the blog. He will soon have his way!

Alas, I couldn’t get my homework done in time to kick off the Browne-a-thon this week. The problem started when my iPhone app repeatedly errored out during a long drive, killing my plans to listen to his first few albums. I knew I was doomed when last Friday arrived and I still hadn’t started.

So Jackson Browne will have to wait a week or two. In the meantime, I’m devoting a mini-marathon to Ms. Brandi Carlile, a talented artist who has just six albums that I already know pretty well. This week I’ll feature songs from the first five, none of which have been represented on the blog before.

Carlile was discovered in Seattle in 2004, where she performed with twin brothers Tim and Phil Hanseroth. The Twins, as she calls them, have remained by her side ever since, fronting her touring band and earning co-writing credits on all of her albums.

Carlile’s self-titled debut, released in 2005, is remarkably self-assured. In terms of songwriting and performance, it feels a lot more like a third or fourth album than a first.

Nothing here is tentative, from the varied instrumentation to the robust production. And then there’s the confidence and emotion in Carlile’s exceptional voice, which she wields like a wizard right out of the gate. Alternately gritty and gentle, whispered and soaring, her vocals instantly set her apart from a generation of indie folk artists.

Brandi Carlile also features a tremendous batch of songs, mining folk rock territory I haven’t heard done this well in forever. The song that jumped out at me first was today’s SOTD, ‘Someday Never Comes,’ which struck me as so elementally great I figured it had to be a cover of a lost classic I’d never heard.

Dear Love, I’ll miss you much
I’ll miss your smile and I’ll miss your touch
But I found a place where I can erase my past
Maybe someday when you’re old and gray
When your hair falls out and your tattoos fade
You might see me standing, hand in hand

You built your rooms, you built your walls
You kept me outside of it all
I got tired of you, what’s a girl to do
Maybe someday if we stay this way
And you see my face in a different place
You’ll remember when, you’re gonna thank me then