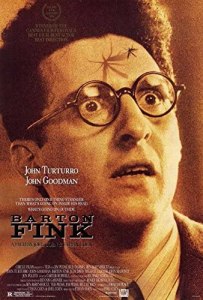 I’ve given five stars on Letterboxd to every film in my Coen Brothers top ten, which puts them in a category all to themselves. No other director whose work I’ve rated has scored more than four 5-star movies.

I’ve written a whole lot about The Ballad of Buster Scruggs on this blog already so I don’t have much to add here.

This is a unique film in the Coen canon in that it is told in anthology form, including six short films with Western settings, each dealing in one way or another with themes of mortality. All six are independently excellent (it’s hard to pick a favorite) but their impact is best felt as a suite.

I think the most upsetting question posed about a movie obsessed with endings is this: Will Buster Scruggs be the final Coen Brothers film?

It’s unsettling to see nothing in the works for the pair, who have never gone more than three years between projects. Meanwhile, Joel Coen is directing an adaptation of Macbeth, with Frances McDormand and Denzel Washington in the leads, but he’s doing it solo for the first time in his career. Ethan just wasn’t into the idea.

I pray to the cinematic gods that the brothers have more to come, though admittedly we’ve been given an embarrassment of riches already.

Barton Fink is one of the first movies I remember obsessing over. The Coens had emerged as favorites following their first three films, and as a young college student with visions of film school in my head, this movie became a talisman of everything possible in the medium.

The movie swept the Cannes film festival (taking home the Palme d’Or as well as prizes for Best Director and Best Actor), earned critical raves and three Academy Award nominations. But it didn’t find an audience, topping out at just $6 million at the box office.

It was too weird for the mainstream, I guess, which just made me love it even more.

Barton Fink is an art film, no question. Turturro’s Eraserhead haircut isn’t the only thing that makes this movie Lynchian. It delves into the “life of the mind,” and depicts playwright-turned-screenwriter Fink’s unraveling by turning his hotel into a bizarre haunted house with oozing wallpaper.

But for all of its high-minded surreality, Barton Fink is also extremely funny. Supporting turns by Michael Lerner and Tony Shalhoub are pure farce, and serve as a delightful counter-balance to the dread.

Best of all is John Goodman, who is both charming and menacing as the “everyman” living next door to Turturro’s Barton. After a winning turn as an escape convict in Raising Arizona, Goodman displayed his range in this tour-de-force performance.

I hadn’t rewatched Barton Fink in full since those early college days, but I wasn’t surprised how familiar every moment felt, nor how beautifully it all still holds together.