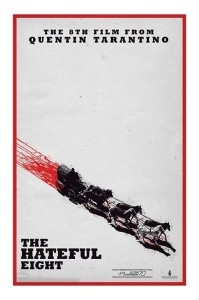 My appreciation for Quentin Tarantino was recently rekindled by his splendid new film Once Upon a Time in Hollywood. I decided to rewatch all of his films to revisit their pleasures, see how they’ve aged, and look at them in context of his entire filmography.

I spent a rewarding couple of weeks catching up with all ten films (including a rewatching of Once Upon a Time in Hollywood) and I am now ready to present my definitive ranked list of Tarantino’s movies.

I’m joking when I say “definitive” because I have shuffled this list at least a dozen times before settling on the order I’m going with here. I feel rock solid about the #1 and #10 movies but the rest are a little more fluid.

Let me stress up front that every one of Tarantino’s ten films is worth seeing, contains moments of greatness, and provides evidence that he is a master filmmaker. Even his worst film (see below) is pretty damn good.

Every Tarantino film is also problematic in one way or another, always provocative and sometimes needlessly so. Accusations of racism and misogyny in his work are well-supported, but so are the counter-arguments. He has a teenage boy’s fascination with violence, but the maturity to depict it with calculated precision.

In ranking his films, I’m doing my best to stay away from all of those controversies and considering the movies as works of entertainment first and foremost. If nothing else, Tarantino is a consummate entertainer.

Note: Though Tarantino considers Hollywood his ninth film, I am evaluating the Kill Bill films as two separate entries, which is how they were released theatrically.

Now, the ranking (one film per day for the next two weeks):

Released in 2015, The Hateful Eight is a nearly three-hour Western that is shot in 70mm but takes place almost entirely inside a one-room building. It’s like an Old West Reservoir Dogs, with a group of very bad men (and in this case, one woman) forced to circle each other in an enclosed space, sussing out double-crosses and hidden agendas.

While the film boasts a solid, twisty script and excellent performances across the board (especially from Samuel L. Jackson, Jennifer Jason Leigh, Walton Goggins and Kurt Russell), the preponderance of ugliness and cruelty makes it something of a slog.

Tarantino has dreamed up many very bad people who are nevertheless very fun to watch. But he fails to make the eight hateful characters here likable enough to sustain such a long and brutal film.

That said, Samuel L. Jackson gets some great moments working the room in Agatha Christie-like fashion, proving (as he will again and again as I work through this list) that nobody is better at chewing on Tarantino’s dialogue.

[Verse 1]
Hey, little apple blossom
What seems to be the problem?
All the ones you tell your troubles to
They don’t really care for you
Come and tell me what you’re thinking
‘Cause just when the boat is sinking
A little light is blinking
And I will come and rescue you