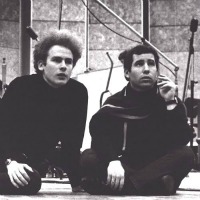 A few years ago I counted down my list of favorite songwriters and Paul Simon wound up in the top spot. So it’s no surprise that he’d place a song on this list.

What may be a surprise is that I’m not going with one of his solo tracks, particularly something from Graceland, one of the best albums ever recorded.

I could have, sure, and some alternate universe version of this list features ‘Under African Skies’ or ‘Crazy Love Vol. 2.’ But for this go-around, I reached all the way back to the second Simon & Garfunkel album and a song that has haunted me for decades.

‘April Come She Will’ is one of the prettiest songs I’ve ever heard or ever will hear. It’s perfectly simple and simply perfect. And Art Garfunkel’s performance of it, both on record and live (as in this clip from the Central Park reunion), is the definition of grace.

April come she will
When streams are ripe and swelled with rain
May, she will stay
Resting in my arms again
June, she’ll change her tune
In restless walks she’ll prowl the night
July, she will fly
And give no warning to her flight

August, die she must
The autumn winds blow chilly and cold
September I’ll remember
A love once new has now grown old