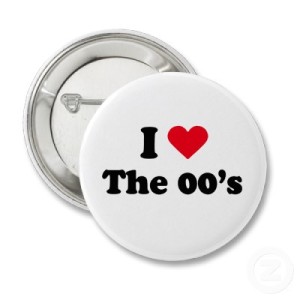 If you had told me way back when the decade began that at the end of 2009 my top two albums would be by Rihanna and Brad Paisley, I’m sure I would have called you crazy and booted you back into your time machine. My growing fondness for certain pop/R&B and country artists is definitely a development I didn’t see coming and one that has made the last ten years more interesting.

Looking over the ‘best of the decade’ lists in various publications recently, I’m reminded that my tastes fall pretty much dead center between the excessively commercial and the fiercely independent. Nothing on the list below will have anybody scratching her head asking “Where does he find these obscure acts?” But with a couple of exceptions, you’re not going to find any chart-toppers either.

I keep seeing Radiohead’s Kid A at the top of those decade lists… so many times that I had to go back and listen to it to confirm that it’s the over-hyped monotonous mess I remember. It is. I find that I have even less patience these days for that sort of art-rock. Give me a solid melody, excellent musicianship and words I can understand. I appreciate the desire to change the face of popular music but I’d rather listen to people figuring out how to do it right in the first place. I think the list below will reflect that.

Finally, this is an exercise that would really be better done five years from now, when more recent albums have had a chance to sink in a bit. But I don’t think it makes sense to release my “Best of the 00’s” list in 2015, so I’m marching ahead. As a result, albums from the past few years are perhaps unfairly underrepresented here… all but three of these are from the first 6 years of the decade. So to Rihanna and Brad Paisley, both of whom have taken up permanent residence in my CD player this past month, I say “Check back in a couple of years and maybe you’ll have unseated one of these artists.” 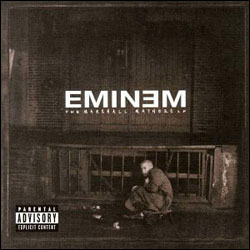 If I were taking cultural impact into account in making this list, The Marshall Mathers LP would rank a lot higher, maybe even first. Eminem’s second album launched him to superstardom, set Billboard records and received lavish critical and industry acclaim, becoming the first rap album ever nominated for the Best Album Grammy. Songs such as ‘Stan’ and ‘The Way I Am’ established Eminem as not just a fiercely talented rhymer and rapper but a storyteller capable of complex and poignant art. Follow-up The Eminem Show was almost its equal, but The Marshall Mathers LP remains the high-water mark in Eminem’s career. 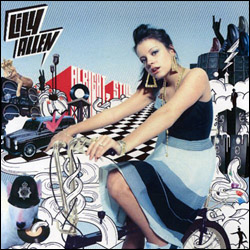 The only debut album on this list, Lily Allen’s Alright, Still is also one of the most self-assured and confident. Allen’s success is emblematic of the tectonic shift in the music industry over the past decade, as she first rose to fame via free downloads on her MySpace page. By the time this album was released, Allen already had a solid fan base that had never paid a dime for her music… but that didn’t stop Alright, Still from selling nearly 2 million copies. Allen’s blend of ska, pop and hip-hop makes Alright, Still feel like one of the only albums in recent memory that sounds to me like something completely new. 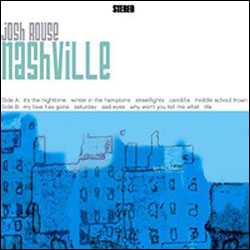 I discovered Josh Rouse through a rave review of Nashville and I’d heard maybe five of this album’s tracks before I knew I’d be buying everything he’d ever recorded. So I did just that, quickly catching up with his wonderful back catalog and lining up for his next few new releases. Rouse is a cousin to Ben Folds, a prototype singer-songwriter who appears incapable of writing a bad tune. Nashville remains his finest collection yet, from the Smiths-inspired ‘Winter in the Hamptons’ to the epic piano ballad ‘Sad Eyes’… not to mention ‘My Love Has Gone,’ one of my favorite songs by anybody ever. 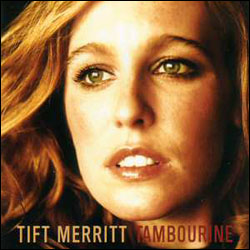 The four albums that start this list were my first exposure to the artists represented, supporting the theory that it’s those gateway albums that really stick with you. Tift Merritt has released three stellar albums, but Tambourine is the one I return to most often and with the most enthusiasm. Certainly that’s partly because it’s the album I fell in love with first. But it’s also her ballsiest, most powerful album, a step away from her country roots into brass-fueled Muscle Shoals territory. Merritt is the full package: as fine a songwriter as any I’ve heard with one of the most expressive voices, capable of hitting gritty lows and pristine highs. 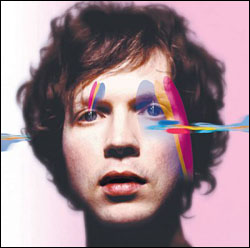 I’ve rhapsodized about Beck a bunch lately during his Song of the Day theme weeks so it’s probably not a surprise to see Sea Change on this list. This album was a revelation in part because it was so different from everything that had come before it. Who knew Beck could wallow in such beautiful heartache? And Nigel Godrich’s production made sure we didn’t just hear these songs but felt them. Sea Change shares the rarefied air of the greatest ever heartache albums, including Dylan’s Blood on the Tracks and Sinatra’s Only the Lonely. 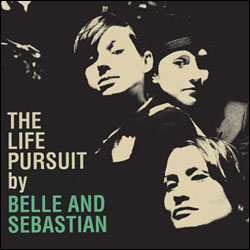 With 2003’s Dear Catastrophe Waitress and this album, Scottish septet Belle & Sebastian threw many long-time fans for a loop… why did the masters of twee mope-rock suddenly sound so happy? They picked up the pace and pumped up the volume, a move you could almost read as a stab at broader commercial appeal if the songs hadn’t remained so deliciously off-kilter. For my money, these two albums are possibly their best yet, with The Life Pursuit edging out its competition to earn the crown. 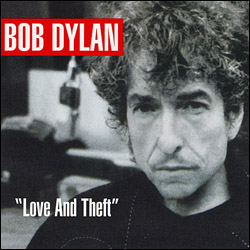 Bob Dylan has just completed his fifth full decade of recording and managed to release two of his finest albums yet. 2006’s Modern Times got more press and enjoyed higher sales but the true masterpiece — an album that rivals Blood on the Tracks, Highway 61 Revisited and Blonde on Blonde — was 2001’s Love and Theft. The album was released on September 11, so the world understandably had other things on its mind at the time, but in a way this collection is the perfect antidote to the modern anxiety ushered in on that day. It’s not a pre-9/11 or post-9/11 album… unless we’re talking about 9/11/1901. These songs are rooted in blues tropes that have been around since the Civil War and Dylan sings them like he’s been around about that long, too. 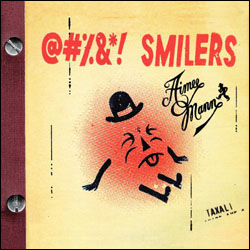 Aimee Mann is one of those artists who has just gotten better and better with every release. This one, her most recent, is indeed her best yet. After record company woes resulted in a very slow 90s (just two albums), Mann really kicked ass in the 00s. She put out four fabulous albums plus a Christmas compilation, all on her own label. But @#%&*! Smilers is the most consistently great, for its pitch-perfect songwriting, Mann’s never-better vocals and the intricate production that turns every song into rich ear candy. I can only imagine what she has in store next. 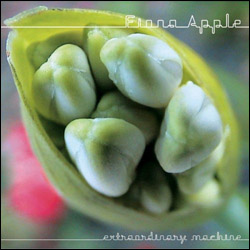 Fiona Apple’s When the Pawn… was probably the best album I heard in the 90s (I wasn’t making these lists then, but it and Lucinda Williams’ Car Wheels On a Gravel Road are the two I imagine would vie for the title). Apple, one of the industry’s most reluctant artists, put out just one album in the 00s — 2005’s Extraordinary Machine — but she came this close to topping this decade as well. The tortured back story of Extraordinary Machine is well-documented, from the leaked Jon Brion-produced version to the “Free Fiona” movement and the eventual re-recorded disc that received an official release. All of that has faded from memory years later and we’re left with just the music… a baroque, emotional, pop masterpiece by the best songwriter who can’t stand writing songs and the best singer who rarely sings them. 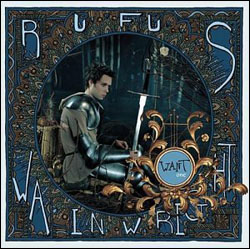 My sister decided several years ago to name Jaws as her favorite movie if asked. I don’t think (and I don’t think she thinks) that it’s really possible to have a definitive favorite movie (or album) because different works of art hit us in different ways at different times. But it can’t hurt to have that answer handy. In the same spirit, I’ve considered Rufus Wainwright’s Want One my favorite album pretty much since I first heard it in 2003. It’s thrillingly ambitious, funny, heartbreaking, theatrical and catty. Wainwright pulls out all the stops… a full orchestra and horn section appear on most of these songs but they share time with banjo, harpsichord, piano and his love-it-or-hate-it voice. And I can’t think of anybody else who is influenced by Verdi, Cole Porter and Three’s Company. Wainwright will probably never have the hit he’s been looking for, but there’s a reason such legendary songwriters as Elvis Costello and Elton John call him the best in the business… he’s a true original, writing music that will be listened to for decades yet to come.